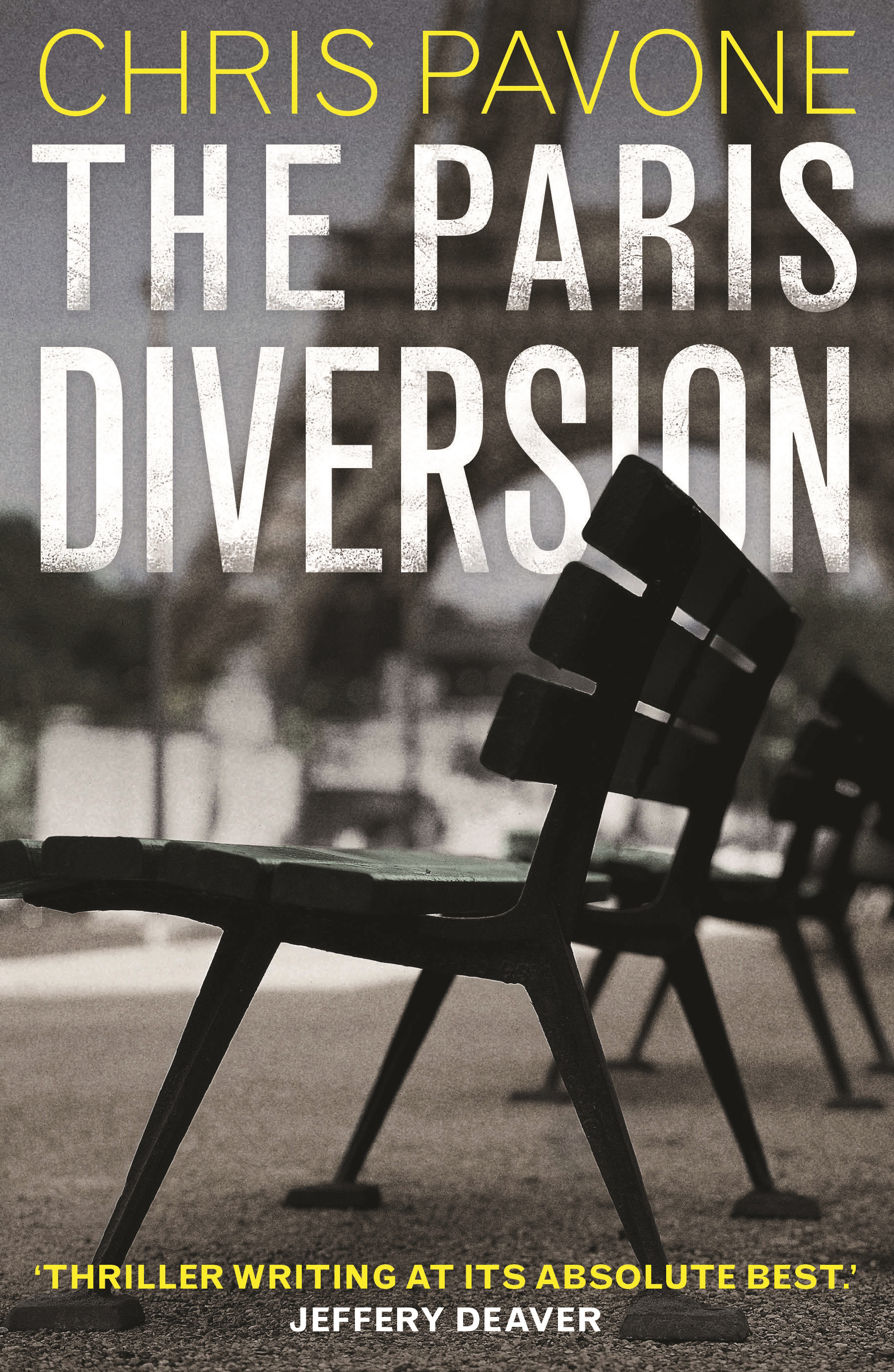 Each Friday I forecast a book that I am looking forward to reading and reviewing.

This week it is Chris Pavone’s The Paris Diversion, which is the sequel to his much acclaimed first novel The Expats (2012).

The Expats won the 2013 Edgar Award for Best First Novel and was a twisty, surprising spy novel which successfully mixed the personal with the professional.  In it, Kate Moore accompanies her husband, Dexter, to Luxembourg when he takes up a lucrative job in IT banking security.  But Kate has a secret, she has recently resigned from the CIA.  She reluctantly accepts her new role as an expatriate mother, but when she begins to have doubts about her husband’s job and their new friends her training kicks in.  It required some close reading and suspension of disbelief, but I thoroughly enjoyed it and thought it was a great read.

Pavone followed it up with two other stand-alone novels, The Accident and The Travellers, which were good, but probably not up to the standard of The Expats.

Now some seven years later he returns to Kate and Dexter who are living in Paris.  The plot of The Paris Diversion is apparently set over the course of one day as Kate, who is still running agents for the CIA, and Dexter become caught up in an act of terrorism that may be more than it seems.  That simple description is unlikely to do service to the novel, as Pavone is renown for his complex, intricate plots that twist and turn their way to stunning conclusions.

I am really looking forward to this one. Pavone’s output is notoriously slow, his last book came out in 2016, and it will be good to make his acquaintance again.

Look out for my review closer to the release date.

It appears that the book will be released in Australia in June 2019 and in the United Kingdom on 16 May 2019.