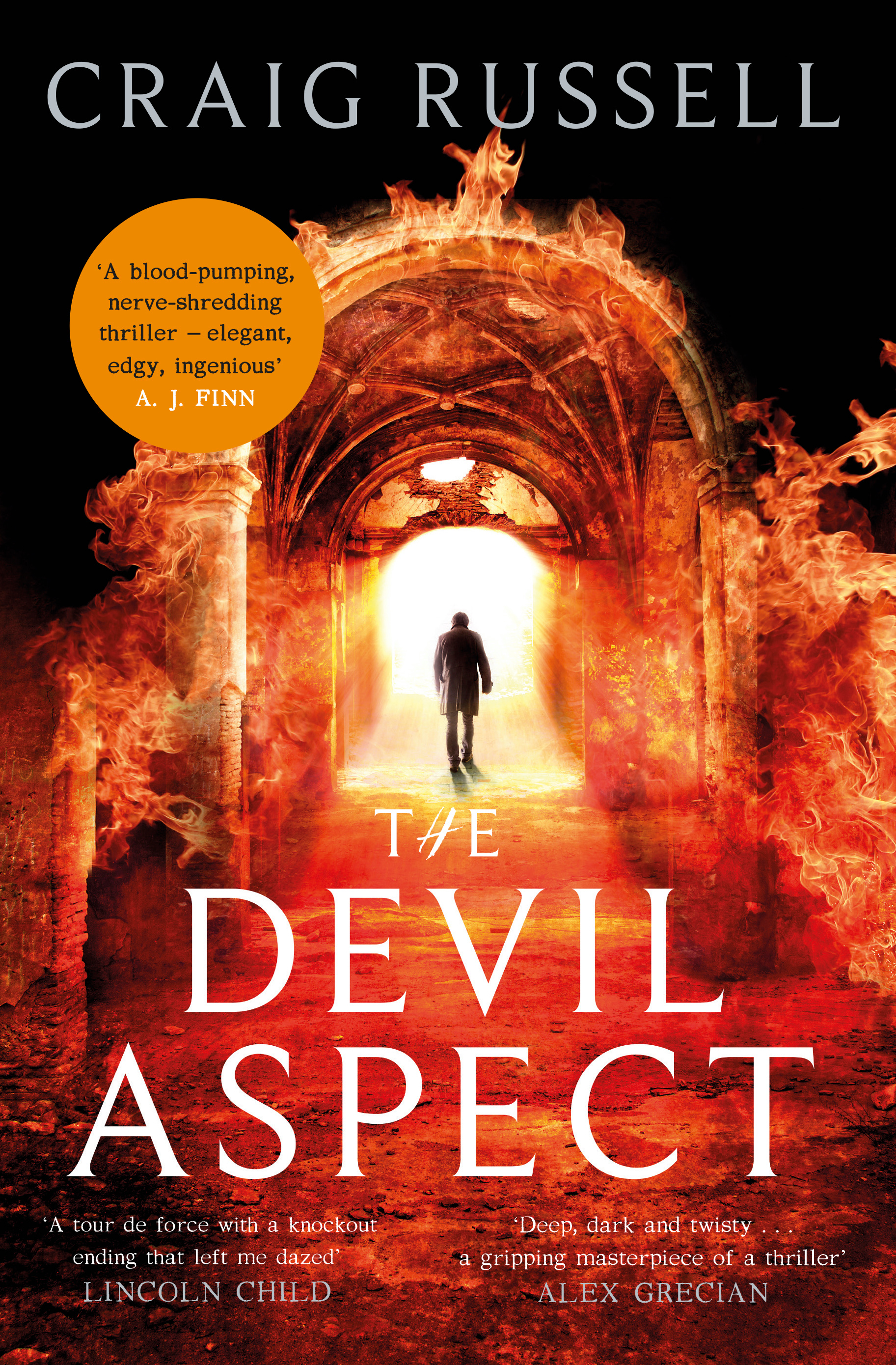 THE DEVIL ASPECT by Craig Russell (Constable, $A29.99)

This engrossing historical chiller is set in a vividly realised Czechoslovakia in 1935.

On the streets of Prague, a terrifying killer known as ‘Leather Apron’ is butchering women in a sickening manner reminiscent of London’s Jack the Ripper.  As the police, led by the no-nonsense Capitan Lucás Smolák, struggle to find the killer, young psychiatrist Viktor Kosárek makes his way to a small rural village where the revolutionary Orlu Asylum is housed in an ancient medieval castle.  The Asylum is home to six of Europe’s worst murderers, known as the ‘Devil’s Six’, and it is Kosárek’s intent to study their psychology. Each of the patients have their own dark story to tell and Kosárek hopes that his revolutionary techniques will unlock their murderous secrets.  Gradually Kosárek’s psychological investigations begin to collide in unexpected ways with the police’s hunt for ‘Leather Apron’.

This is a well-constructed and thoroughly engaging novel.  The structure of having the police investigation run parallel to Kosárek’s interrogation of the six killers works well and adds some action to the storyline. The setting of Czechoslovakia in 1935 also adds a good sense of impending historical doom as the gathering war clouds mirror the growing tensions in the asylum and on the streets of Prague.  The descriptions of Prague are well done, and Russell excels in creating the gloomy atmosphere of the city in late autumn:

“He cursed the fog. All of Prague was wreathed in it, casting spectral auras around its streetlights and turning its architecture into a shadow play of looming, angular shapes in shades of grey and black.”

Russell gradually ramps up the tension, albeit probably a little too slowly for some, and the story moves to a dark and bloody climax in the dank reaches of the castle.  There are some good, unexpected twists and Russell satisfactorily resolves the loose ends from earlier in the book.

On the negative side, the book is a little too long and some skilful trimming would have enhanced the tension.  In particular, the interviews with the six inmates of the asylum become a little repetitive and could have been shorter. Russell appears to be extremely knowledgeable and there is an abundance of detail on a wide range of subjects from Jungian philosophy to Slavic superstitions and myths to collecting glassware and the political intrigues of the time.  For me, some of the psychological detail could have been shortened, but the breadth of detail does give convincing substance to the historical period.

In all this is a vividly described and fascinating novel, with a strong Gothic feel, that stays in the mind long after it is finished.

Four and a half stars out of 5.

An earlier, shorter version of this review originally appeared in the Canberra Weekly on 14 March 2019.