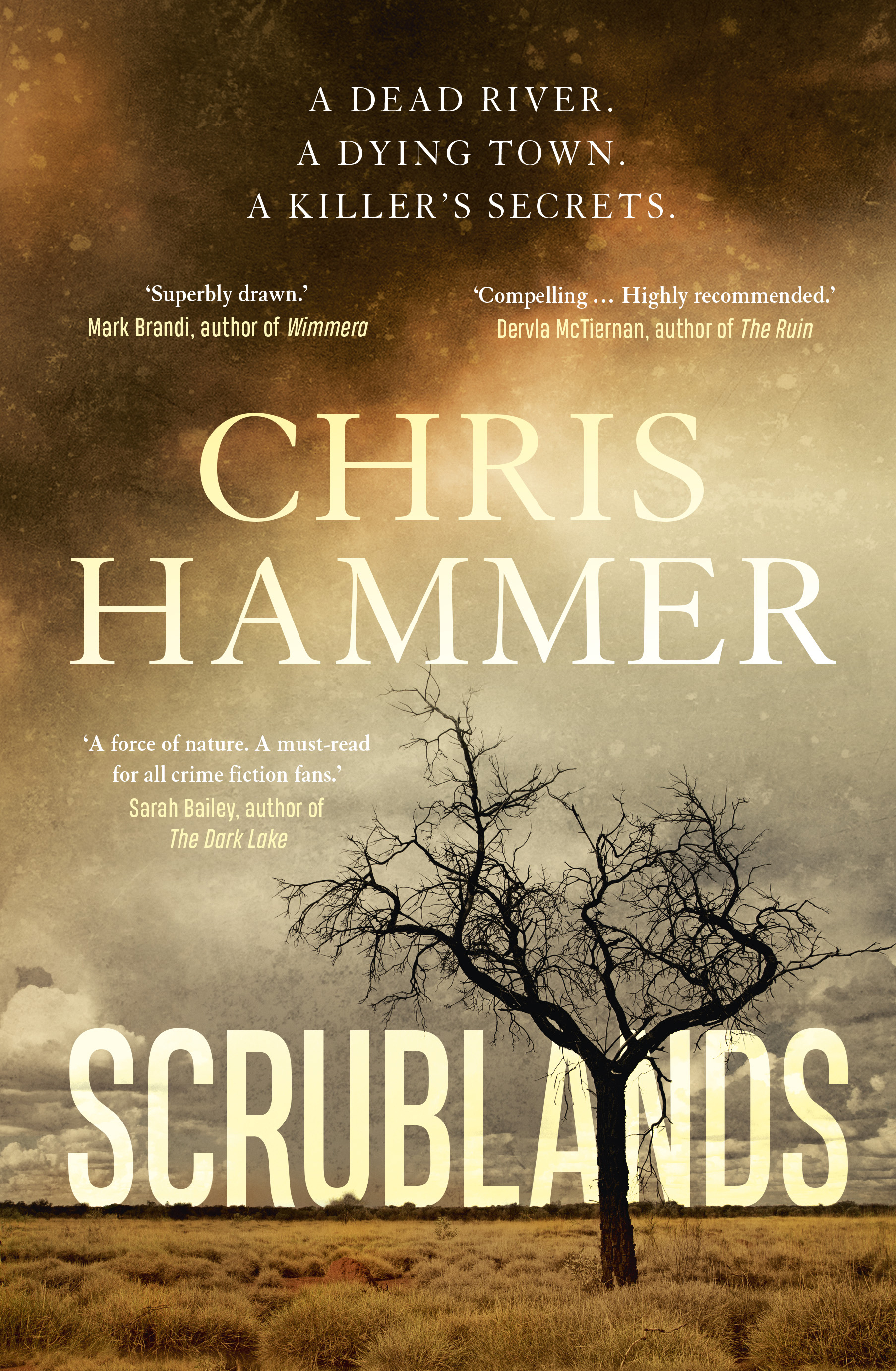 This week’s Throwback Thursday is an excellent debut novel by Canberra author Chris Hammer, which I originally reviewed in September 2018:

Chris Hammer makes a spectacular entry into the crime genre with his first novel, Scrublands.

This powerful thriller is set in a remote country town brought to its knees by serious drought.  When troubled journalist Martin Scarsden arrives in the town of Riversend to report on the anniversary of the shooting of five parishioners by the local priest, he finds that the accepted truth around the incident is wrong and that the motivations behind the massacre are more complex than anyone realised.  The more he digs, the more complicated it becomes, and soon more deaths occur.

This is a riveting and thought-provoking novel that grabs attention from the opening pages and holds it throughout.  Although long, the book mainly moves at a good pace and the ending delivers the suspense and surprises associated with the best crime fiction.

A strength lies in Hammer’s fine eye for characterisation and his ability to create convincing, interesting characters that we care about.  Scarsden is a classic flawed narrator with a troubled past, but Hammer brings a freshness and complexity to him that is often missing from mystery novels.  The other characters are also well developed, especially the owner of the only bookshop and café in Riversend, Mandy Blonde, and the earnest policeman Robbie Haus-Jones.

Hammer, a former journalist, also evokes the sense of drought and decay in the Australian bush and the effect it has on the residents.  His descriptions of the town and the countryside are vivid and accurate, and the set piece involving the fighting of a bushfire is suspenseful and very real.  It will bring back nightmares for those who have been caught in a fire.

Scrublands will inevitably be compared to Jane Harpers’ The Dry.  While it does not have the tightness of plotting of The Dry, it is in some ways a better book with a broader canvass, a wider range of ideas and an interesting international element.  The only complaint is that it is probably too long, and that some trimming would have tightened the tension.

An earlier, shorter version of this review appeared in the Canberra Weekly in 2018.