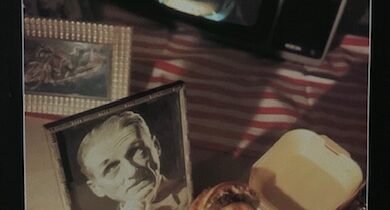 Before launching into historical spy fiction Furst wrote three quasi private eye novels about marijuana dealer Roger Levin (Levy in the first book), who has the habit of becoming caught up in espionage scams and helping in the retrieval of a missing heiress.  They were fun, easy going reads, notable more for their cool tone and dialogue, than their plotting.  In 1983 Furst moved more fully into the espionage genre with Shadow Trade.

Shadow Trade and two of the Levin books, The Paris Drop and The Caribbean Account, were released in Australia and the United Kingdom in the early 1980s as part of the Quartet Qrime series of books and I had the pleasure of reviewing them at the time for the Canberra Times.

In 1985 (it took a little while to make its way to Australia in those days) I wrote the following review about Shadow Trade:

“Alan Furst’s early books were lightweight private eye stories notable more for the hip humour of their narrator than for their plotting.  In ‘Shadow Trade’, however, Furst has deserted his regular hero, Roger Levin, and delivered a serious, quirky downbeat tale about private intelligence agencies.

Guyer is one of the 800-odd CIA officers who were dismissed on a single day in June 1977. Together with a former colleague, the eccentric, but dangerous List, he sets up a business in New York in the only trade he knows, clandestine operations, specialising in providing identical doubles. It is a business, however, that attracts very dubious customers and Guyer soon finds himself caught up in a world of duplicity and surreptitious manoeuvres.

The off-beat characters, cynical humour and convincing technical details that marked Furst’s earlier books are as evident as before, but there is also an intricacy and forethought about the plotting that was previously missing.  The book is cleverly arranged, and the grim atmosphere generated is a perfect complement to the murky world of espionage which Guyer and List find themselves in.

‘Shadow Trade’ is an unusual and sophisticated spy novel that in its own way is as impressive as the best offerings in the genre.”

Having recently re-read Shadow Trade, I think that it holds up reasonably well.  The plot about doubles, seems very dated now with modern facial recognition technology, but works in the contemporary context of the time. There is not a lot to the story, but Furst moves it along well despite the frequent flashbacks.  Regular readers of spy fiction will guess where the story is heading, and appreciate the irony of some of the developments, and will be ahead of the troubled Guyer for most of the book.  The final twist at the end, however, came as nice surprise (I had forgotten it after nearly 40 years!).

Those after gunfire and frequent action will be disappointed, although there is a very nasty execution towards the end, but the book certainly holds attention.  I would have liked there to be more about the enigmatic List, but the other minor characters are nicely sketched in quick scenes. An enjoyable read.

If you can track down a copy it is certainly worth reading!