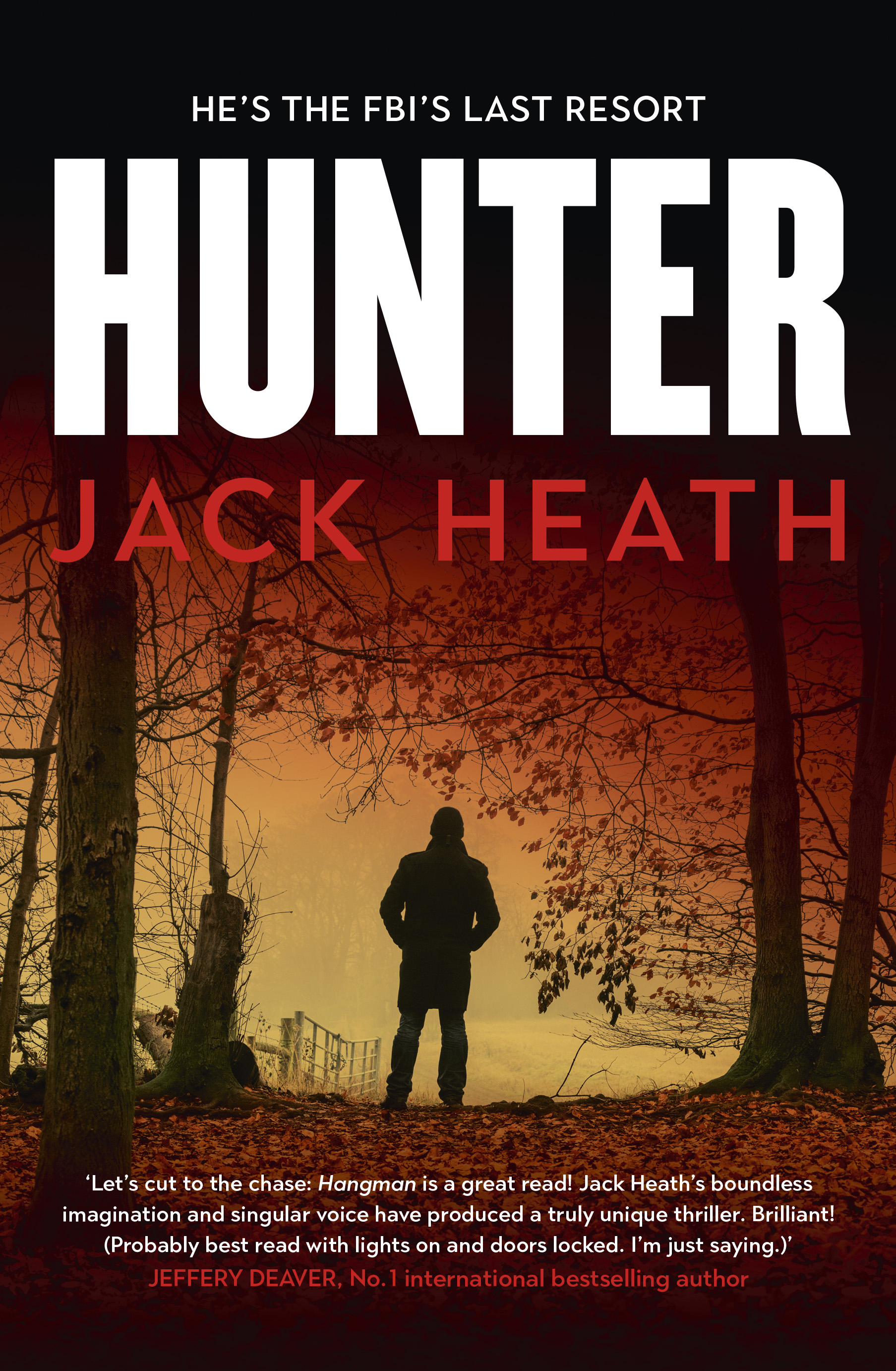 Popular young adult author Jack Heath made a spectacular entry into adult fiction last year with his first crime novel, Hangman.  Set in Houston it featured a deeply flawed part-time consultant to the FBI, Timothy Blake, who has some unfortunate dietary predilections.

He has now followed it up with a gripping sequel in the form of Hunter.

Blake’s tortured childhood has left him with a raft of psychological issues and anti-social behaviours, and a disturbing taste for human flesh.  Despite his flaws, he is a genius at solving puzzles, and crimes, and was the FBI’s last resort when they had particularly difficult and horrendous cases.  He has now left that behind and works in the body-disposal business for a local Houston crime lord.  He is getting by, until he stumbles across a body he was not supposed to find and has to hide it in his freezer. Forced once again to help the FBI with the search for a serial killer, Blake desperately tries to keep one step ahead of the police and his gangster boss, while trying to catch a killer who is even more dangerous than him.  He also has the problem of dealing with the body of one of the killer’s victims, which is at home in his freezer with a bite taken out of it!

This compelling thriller opens at a brisk and grisly pace and keeps the reader engaged as it veers down some dark and disturbing paths.  The plotting is clever, and Heath ably steers it through some good twists and turns to a bloody conclusion on the outskirts of Houston.  Central to the story is the character of Blake, who is a darker version of TV’s Dexter, and Heath does a good job in maintaining the reader’s interest in his twisted character’s fate, without softening his gruesome edges.

Underneath the gore, Heath is a fine writer with a good eye for interesting locations and a deft hand at characterisation.  The relationship between Blake and the FBI agent, Reese Thistle, is handled delicately and the details of Blake’s childhood in foster care adds poignancy to the story.  Also adding to the enjoyment are the clever brain teasers at the beginning of each chapter.

Some aspects of the novel strain credibility, but overall this is a very enjoyable and disturbing thriller by a promising new Australian author (Jack lives in my home town of Canberra).

Hunter may not be to everyone’s taste, but it is a very enjoyable read and I give it:

FOUR STARS OUT OF FIVE!

Hunter is due out in Australia on 4 March 2019.  It will be published in the United States and Britain under the title Just One Bite in June 2019.